So here you are. Tired, annoyed, 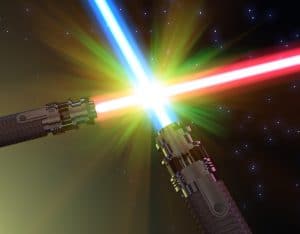 disgruntled. You’ve been trying,
and trying, and trying some more.

You’ve worked overtime, spent months working on the same manuscript, endless nights with coffee and a night lamp to study for that one class. And still, nothing. Nada. Zilch.

Nothing to show for your hard work except the bags under your eyes and your dreary aura. You’re stuck in the grind zone. There’s no resolution in sight; all that’s laid out in front of you is more work, on top of more work, with some more work to top it all off.

Shouldn’t there be some reward… by now? Some encouragement, “you’ve made it this far, keep going!” At least some sense of, “halfway there!”

You remember the time you left the starting line on this dream of a better something. You thought to yourself, “Sure, it’ll take hard work and dedication, but it’ll be worth it when I accomplish this.”

But, now you aren’t so sure. The finish line is nowhere in sight. Should you even keep going?

Then the thoughts start flooding in.

“Eh, who cares about this A-dream… maybe having a B-dream wouldn’t be so bad.

“Maybe this writer’s block is telling me that this idea was dead on arrival. Now it’s time to move to that much more exciting concept that’s been bouncing in my head the past week.

Lots of people still get by, I shouldn’t have to try this hard… No one will blame me if I just give up on this goal.”

Don’t listen to those.

Yes, things are rough. More than rough. ‘Rough’ is putting it nicely. But don’t throw in the towel just yet.

I may have some bad news, but don’t worry, you’ll like it in the end. Ready? This isn’t going to change right away. The truth? You can’t avoid the light-years of blood, sweat, and tears in front of you.

And before you flip your table or throw your phone to the next room; let me just say,

You Are On The Hero’s Journey

Do you think Obi-Wan Kenobi woke up one morning and said, “You know what? I’m tired of just being a Jedi Knight. I think I’m going to be a Jedi Master,” then he took his seat next to Yoda on the Council?

Do you think Legolas picked up a bow one day and thought, “Gee, it would be nice to be able to hit a target perfectly half a mile away” and because he was naturally gifted, he could?

Do you think Prince Zuko as a child said, “I’m going to be one of the best Fire-benders in the Fire Nation, starting right now”?

Of course not. That’s dumb. Each one of them went through years of grueling training, experience, and hardship for their limelight of their respective story. If Obi-Wan was still training as a Jedi Knight in A New Hope, Luke wouldn’t have even made it to the Death Star. If Legolas couldn’t take out droves of Orcs by himself, there wouldn’t be a Fellowship of the Ring.

The reason they’re so skilled and awesome is because they spent all that time off-camera, before the need ever arose, pushing themselves to their limits and overcoming what life had thrown at them. This may come as a surprise, but that sounds an awful lot like your situation right now.

Life is tough. Life hits hard. But that’s what is going to make you into the certified hero at the end of all of this.

The Reality of the Grind Zone

This is your testing ground. This is where those without enough conviction or determination are weeded out. You may be just hitting some road bumps, or you may be hitting what seems like your millionth mountain. Each one isn’t meant to stop you, in fact, it’s quite the opposite. It’s to sharpen your for the next trial. And the next. And the next…

Ira Glass from NPR describes his own experience with the testing grounds:

But your taste, the thing that got you into the game, is still killer. And your taste is good enough that you can tell that what you’re making is kind of a disappointment to you. A lot of people never get past that phase. They quit.

Everybody I know who does interesting, creative work went through years where they had really good taste and they could tell that what they were making wasn’t as good as they wanted it to be. They knew it fell short. Everybody goes through that.

And if you are just starting out or if you are still in this phase, you gotta know its normal and the most important thing you can do is do a lot of work. Do a huge volume of work.

Put yourself on a deadline so that every week or every month you know you’re going to finish one story. It is only by going through a volume of work that you’re going to catch up and close that gap. And the work you’re making will be as good as your ambitions.

You had a vision, and you wanted to make it real. You still do, even if it isn’t as bright of a dream right now as it was in the beginning. But, ask yourself, would it have been as rewarding if you could have just done it?

This volume of work cuts you above the rest. If it were easy, everyone would have made it to the finish line. Instead of getting the grand prize of one million dollars, your share would whittle down to pocket change.

Okay, great. Woohoo, you’re a hero. That doesn’t change the fact that you still have mountains and mountains in front of you, blocking your path. These characters got through their obstacles because the writer said so. This is real life, I’m afraid you’re going to have to do this cold sober. But, I have a trick or two that may or may not also have come from these characters as well…

How to Keep the Fire Lit

You hear it all the time. In any action or adventure movie, the protagonist is on the ground, the enemy is a hair away from victory. It’s always that phrase,

Frodo could have just dropped everything and said, “this is too much. I’m going back to the Shire, so I can sleep.”

But he didn’t. Every time he was near death, every time when things were going wrong, every time an obstacle presented itself, he didn’t give up.

What kept him going? Frodo remembered that if he didn’t carry that ring, his friends would die, his people would be enslaved, and Middle-Earth would fall to a tyrant ruler.

That is one of the keys to keep going: Remember why you started your quest in the first place. Why you’re putting yourself through all this pain. Remember your why… and re-envision the payoff when reach your goal. It was so clear when you started. Go back there again and again and re-establish clarity.

There is another truth you need to hold onto: The struggle ALWAYS comes on the hero’s journey… so don’t be surprised or resent them as intruders. Instead, leverage the struggle.

You will spend a lot of time and effort on something in life. You can resent it and half-ass it and just get by — or you can commit to it, build it, jump in with both feet – and reap great rewards.

Don’t tolerate your struggles; embrace them. Direct them towards a goal and forge meaning from them. -Eric Barker

These struggles are meant to push you forward. Even when it seems tough, even when it seems impossible. Don’t just get over them, use them. Make yourself sharper and better with each passing day. Hold true to that, hold true to your motivation, and you’ll make it to the end. Those rewards will be waiting for you.

Sure, you aren’t going on a life-threatening quest to save the world… or fighting evil monsters… or anything that fantastical. Yet, you’re still pushing yourself, reaching for a goal that not many can say they’ve achieved.

You’re going beyond, putting yourself on the front lines no matter the odds and fighting to get what you seek. That sounds like a heroic story to me. You are a hero… if you keep your fire stoked, and not give up. If you do, I think this story will have a happy ending.

Editor’s Note: This article was provided by writer Christian Lucas.