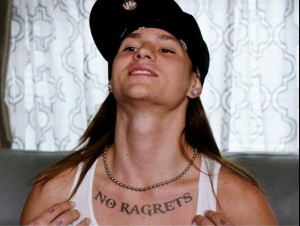 Have you wrestled over how to make a difficult decision?

What makes that decision all the more difficult is when you remember previous decisions that blew up in your face.

You think, “God, I don’t want that to happen again.”

So, how do you choose wisely… and prevent an outcome you regret?

Ahhh… decision regret. We’ve all got them.

Some you can laugh about (later).

This research is helping us increase the percentage of good decisions (and reduce the number of “kick ourselves” decisions).

Let’s face it. The more “good” decisions you make and the fewer regrettable decisions you have to go through, the better your life will be.

All in favor, say aye!

Understanding How Our Brains Work in Decision-Making 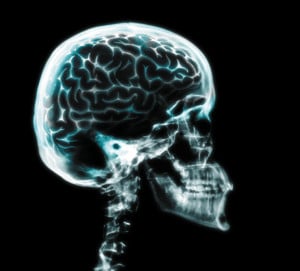 One exciting new area of neuropsychology is helping us better understand two main dimensions of our brain that make decisions.

These two areas have been called many things:

It is crucial that you understand these two distinct decision-making entities and which system works best in which situation.

Warning: If you rely on one system to make certain decisions (for which that system is not built for or good at) you will almost certainly make a bad decision.

What Research Teaches Us About Decision-Making

One series of experiments that were published in the journal Science were performed by a researcher who himself was struggling to make a good decision in a particular situation.

Dr. Ap Dijksterhuis, a psychologist at the University of Amsterdam, was shopping for a car and was quickly overwhelmed by the number of models and features that needed to be considered before he could make a decision.

The number of areas to consider multiplied by the number of models you’re considering quickly becomes mind-numbing. To confirm this, it is reported that the average American spend 35 hours comparing automotive models before making a decision about which car to purchase.

Results of the First Test 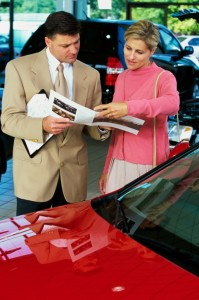 The initial series of experiments with consumers focused on which of 4 vehicles was the best choice, but only contained a limited number of variables to consider (4 for each car, 16 total variables). The choices were designed to lead the test subject to a clear winner.

Dr. Dijksterhuis found the people who took a little bit of time to rationally evaluate the options did much better in selecting the superior choice than those who made decisions strictly from the gut (intuitive) without being given time to carefully and thoughtfully think through their choice.

The Surprising Results From the Second Test

In the next series of experiments, people were evaluating 4 vehicles using 12 different factors (48 total variables). This time, those who were given time to carefully evaluate all the variables selected the ideal car less than 25% of the time.

To put that into perspective, 25% is no better than random chance. That means a dart throwing monkey would choose the ideal car about as often.

Here’s the shocking part: Those who were exposed to the same 48 variables but not given sufficient time to carefully deliberate selected the best car nearly 60% of the time.

On the surface, that result doesn’t seem to make sense. Why wouldn’t a little bit more time to consciously evaluate options not lead to a better decision? Instead, it led to worse choices.

As it turns out, the prefrontal cortex, the part of the brain that is responsible for conscious, rational thought and analysis, is very good at calculations and evaluations… but only up to a point. When the number of variables becomes too great, the rational part of the brain gets overwhelmed.

In an attempt to synthesize the information, this part of our brain ended up oversimplifying the data and wrongly focusing one 1-2 variables.

The Supercomputer Part of the Brain 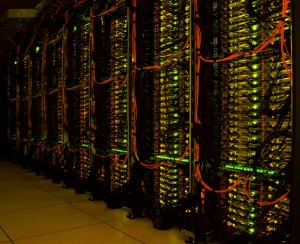 The subconscious, intuitive part of the brain, however, can process vast amounts of information (11 million bits/second vs. 50 bits/seconds for the rational part) and produce an ‘impression’ (using dopamine neurons) that often is more accurate than a deliberate, conscious decision.

This is why, in some situations, you can briefly look at or listen to something and just “know” which is the right answer but be unable to explain or substantiate your conclusion. It all happens below the surface of our conscious understanding.

Now, before you draw the conclusion that you just need to rely on your subconscious “inner voice” when making decisions, remember that the first experiment showed the important role of using your reasoning abilities to see a better outcome.

In fact, the problem with relying on the unconscious part of the brain alone (when the rational prefrontal cortex should get involved) is that the unconscious intuitive side is often jumping to conclusions and making judgments with great confidence… but are wrong.

In many situations, with a little rational reflection, we can significantly increase our ability to choose wisely.

Bottom line: both systems have strengths and weaknesses. The key is to know when to use which system.

One More Interesting Result From the Experiments 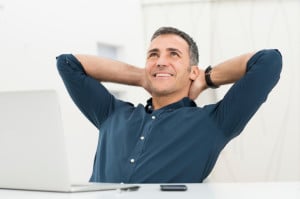 One final result came out of the experiments. The research indicated that using the proper part of your brain in the right context of making a decision led to more satisfaction and less regret.

This is what we are all seeking… better (objective) decisions and fewer regrets. This can be obtained by using the proper brain system in accordance with its strength.

Dr. Dijksterhuis’ advice when trying to decide on a complex decision with lots of variables:

Improving Your Ability to Make a Difficult Decision

Learning all you can about how to make better decisions can have a huge impact on your life.

“Every single decision you have made up to this point (good or bad) has shaped your current reality. Do you want a better future than your past or present? Then you must learn today to make better decisions.”

If you would like to significantly increase the odds of making good decisions, download the free guide:

It includes a step-by-step process designed to maximize your decision-making results.