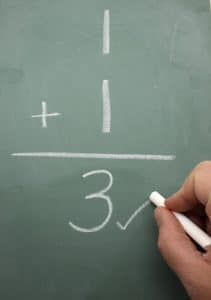 life they wish would change, I think
it would be a unanimous YES! from all of them.

Heck, I know plenty of things I’d like to see different in my world.

Let’s face it, no matter how good life is at any given moment,
there are ALWAYS things that aren’t the way we’d really
like them to be.

Ok, everyone wants to see things change in their lives… then why do so few make an effort to change?

Because it’s hard! Let’s be honest. It is easier to do nothing (or stop trying) than to make the effort to change something.

What if you learned an easier way to make desired changes… and the results would be greater… would you try (again) to change some things?

From my research, I have found a 5-step formula that CAN help you see greater progress in your efforts to change certain things in your life.

The Common Formula for Change

There is a common, but often ineffective formula most of us are familiar with (which I DON’T recommend).

Every January, we see lots of people use an ineffective formula to make changes in their lives.

This formula starts out with something like a new year’s resolution or a decision to make a change:

So the first part of this common (but ineffective) formula is resolve.

The second part of the formula is willpower. You make yourself keep going when you don’t feel like it.

The final part of the formula is motivation. This is where you try to make yourself feel inspired or motivated to keep going… to give your willpower some wind in its sails.

If you have ever used this formula, you already know that it often peters out. What seems so motivating to do at the beginning (“this year, I will…!”) becomes a grind… harder and harder to keep on going. A few do. Most don’t.

A More Effective Formula for Change

The 5-step formula I am proposing will get you further in your quest to improve things in your life AND doesn’t rely on willpower or feeling motivated.

BTW- I know CEBAS isn’t exactly a catchy or memorable acronym. But neither is BESAC or SCABE (which sounds too much like scab or scabies, both things you don’t want). Plus, in this case the order is important.

Onward to the formula!

This might sound like the R-esolve portion of the ineffective formula, but it is a little different.

It’s NOT the initial burst of “I’m going to do this!” (maybe with that initial enthusiasm that you can feel), or the grit your teeth resolve of “damn it, I am finally going to do this!” then it is on to the next part of that hard to do formula… willpower.

Instead, it is the calm daily decision/choice you make to do (or stop doing) the thing that is your goal. It is like re-upping for something, or signing the dotted line again that you want to continue.

It’s like the calm inner parent telling your whining inner child that, yes, we are still doing this because it is important. It is a quiet courage to stay on the path when the feelings of the comfort zone woo you to give up.

There is some sort of power that comes from a regular, continual choice to stay in the game (even if you have to revise your goal).

It isn’t necessarily the fist pumping resolve or the grit your teeth resolve. It is just stating or declaring to yourself (out loud is best) that today I still want this goal to work for me… and so will keep giving it a chance.

“I choose to stick to the plan”
“I choose this again because it is important to me.”
“I’m in… today. I may not be tomorrow, but I’d like to be and so today I choose to stay in the game.”

The environment around you can have a MAJOR impact on which way you go.

For example, if your goal is to lose weight… but your pantry is stocked with junk food, you will likely fail. If you want to quit drinking, but you continue to surround yourself with your drinking buddies at the pub, you will fail.

However, if you change the environment around you, the chances you will succeed soar.

In behavioral science, the concept of nudge theory has shown that if you change your environment, you can ‘nudge’ your behavior in certain directions.

For example, the grocery store Pay and Save placed arrows on the floor leading to the fruit & vegetable section of the store. The shoppers mindlessly followed the arrows an amazing 90% of the time… and the sales of produce soared.

There is a reason why gum and candy can be found by the checkout line. Or, higher profit products are found on the end of each aisle and at eye height in the aisle. Stores know that strategic placement will nudge you to choose that which you might not have purchased… because they are hard to miss.

If you modify your environment to tilt the tables toward the goal/behavior you want, it will act like gravity to help nudge you in that direction… without the need for willpower or motivation.

Why climb up a hill with willpower, when you can glide down the hill and get to the same place?

This is the belief that you can and will make progress at what you are attempting. When you believe you can do something (often bolstered by someone else’s belief you can do it) you can keep moving ahead in the face of obstacles and discouragement.

This belief can also be strengthened when you personally see progress on your goal. Even tiny progress can give you wind in your sails, helping you make even more progress.

When you are on a similar quest with others, and they make progress, you can also get a boost of hope/belief from their success. “Hey, they are doing it… this really can be done!”

On the flip side, self-limiting beliefs can derail your accomplishment of a goal because you subconsciously hold yourself back or doubt yourself.

“I failed at this before… I’ll probably fail again. Why even try?”
“I’m no good at following through…”

Guess what? Your self-limiting beliefs can become a self-fulfilling prophecy.

Your belief about success (or failure) is a powerful component in the formula of change.

There are two ways to get to the top of the Empire State Building:

Most people trying to fulfill a goal unwittingly take the first option by expecting their willpower and motivation will get them there.

Sure, the first few flights of stairs aren’t bad and so you think “I’m going to do this!” But, your willpower WILL wear down and you will find it increasingly difficult to keep going.

But, there is another way.

You can set up a system that requires very little from you so that over time you don’t even have to decide or even think about it. You just do it.

These systems are also known as habits.

There are ingenious and effective ways to create and establish habits that will help you get where you want to go… and weaken/dismantle other habits that are taking you where you do NOT want to go.

James Clear, in his excellent book Atomic Habits, lays out powerful ways to build effective auto-pilot systems in your life that are like the elevators at the Empire State Building: you mindlessly step in and next thing you know, you are there.

Note: it is MUCH easier and more effective if you do this step in conjunction with the next one.

This part of the formula is leveraging the power of others to help you make progress.

Let’s be real… it is freakin’ hard to accomplish your goals on your own. When the only voice you regularly hear is the weary, discouraging voice in your head, it is hard to keep going.

But, when you have other voices of encouragement and belief in you, they can keep you moving ahead even when it gets tough.

A 2014 study published in the Journal of Consumer Research found that others can provide you the moral support to go further toward your goals than if you attempted it on your own.

The power of support has been known and recommended for thousands of years. Just listen to wise King Solomon:

Two people are better off than one, for they can help each other succeed. If one person falters, the other can reach out and help. But someone who falls when alone is in real trouble. – Ecclesiastes 4:9-10

If the people you are leaning on are also committed to making progress on the same or similar goals, the progress is that MUCH more powerful.

What things have you tried that have (or haven’t) helped you make progress on your goals?