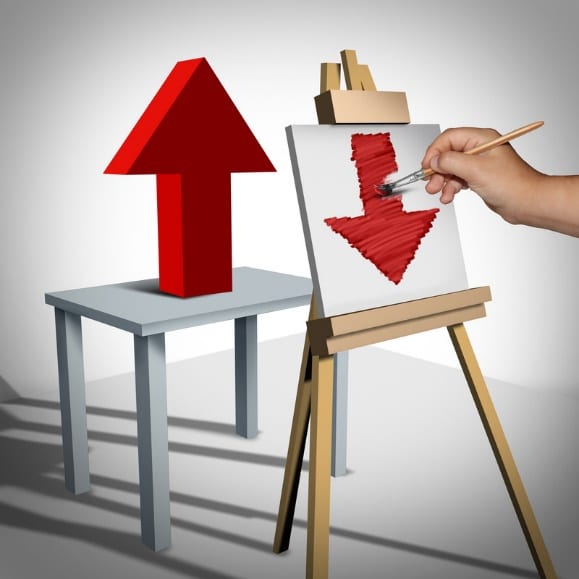 “You must become more aware of how you see,
not just what you see.”
– Michael Kimmelman

“What you perceive depends a good deal on where you are standing. It also depends on what sort of person you are.”
– C.S. Lewis

Reality, and your perceptions of reality are often two different things.

You are wise to recognize that sometimes your perceptions can’t be trusted, and must be examined… even challenged.

This was pointed out recently by Professor Steven Pinker in an article for Time Magazine. He noted that according to actual measurable statistics about life in the 21st century, people overall are…

Those are the undeniable facts.

Yet, the average person’s opinion of the state of the world is much more pessimistic and worried.

What’s going on here? Why are people drawing conclusions that are the exact opposite of the facts?

I’m glad you asked. There is a phenomenon going on that you must understand and address in your life if you are going to experience a better, more hopeful life (that is rooted in reality).

The Paradox of Perception and Reality

Here’s what is so strange: when researchers surveyed people’s perception of their immediate personal situation, they were generally hopeful and even upbeat.

In this case, their perceptions did align with reality about the general improvement in living conditions. 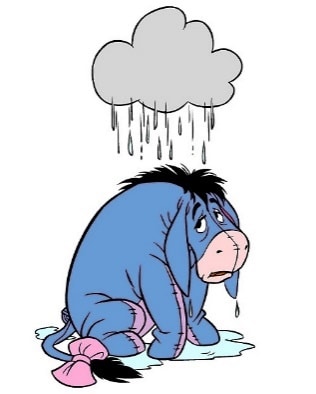 But, when you ask them about the state of the world or their nation, that all changes.As Pinker describes it, they switch from a hopeful Pollyanna to a gloomy Eeyore.

What is causing people to perceive positive facts in a negative light?

One contributing factor is that humans are hard wired with a negativity bias.You can go here to read all about how it distorts your perceptions of reality (and how you can counteract it).

Although the negativity bias impacts this paradox, it is not at the root of what’s going on here.

Go here to read how the focusing illusion can make you miserable (and how you can actually leverage it for greater joy in life).

The Nature of “News” and the State of the World

Many of us are exposed to news stories that the news outlets believe will get our attention (and as a result, we focus on). Their mantra is often “If it bleeds, it leads” the reporting.

As Pinker reports, this is the nature of “newsworthy” news.

“News is about what happens, not what doesn’t happen. So, it features sudden and upsetting events likes fires, plant closings, rampage shootings and shark attacks… You never see a headline about a country that is NOT at war, or a city that has NOT been attacked by terrorists – or the fact that since yesterday, 180,000 people have escaped extreme poverty.”

In fairness to the news organizations, they serve us a steady diet of this “newsworthy” news because it is the stuff we tend to be most interested in (and pass on to friends and family).

Our Distorted Perceptions of the Risk & Frequency of Bad Events

The nature of news (featuring the tragic and dramatic) has skewed our perception about risks.

For example, “people rank tornados (which kills dozens of Americans every year) as more dangerous than asthma (which kills thousands), presumably because tornadoes make for better television.”

Our perceptions about risk are impacted less by statistics and the truth, and more by images and stories.

The “newsworthy” problem has also been made much worse by our interconnected world.

For example, if you lived in a small town 100 years ago, the extent of the news you were exposed to was what happened (good and bad) in that town and the immediate surrounding areas.

In contrast, these days we hear about EVERY bad thing going on EVERYWHERE in the country and even the world. 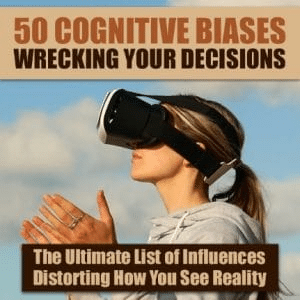 It is easy to believe that war, death, natural disaster and every form of tragedy happen ALL the time.

No wonder people conclude the world is a much more dangerous place than it used to be.

Want to learn about more of the hidden influences distorting your perceptions?
Get our free infographic: 50 Distorting Influences Impacting Your Perceptions of Reality

How can you reduce the effects of these perception distortions… and see the world more as it is vs. how it seems to be?