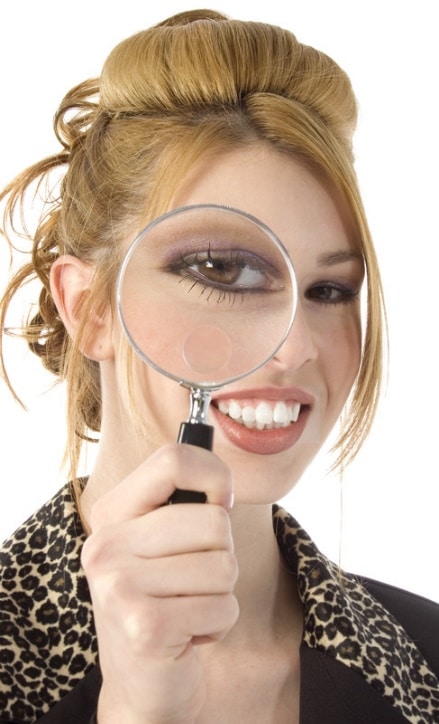 Do you like being deceived? You know, being led to believe one thing… but reality is quite different?

Pardon my French, but h*!ll no.

As bad as that is, it gets worse. Not only are you being fooled, what if I told you there is something in our human wiring that causes us to be fooled again and again by this same illusion?

If you can recognize this deception and counteract it, your life will have … lower stress and anxiety, plus greater peace and hopefulness.

An Example of a Deceptive Illusion

Here is the classic example of a deceptive illusion (known as the Müller-Lyer illusion). When you look at it, virtually everyone concludes that the line on the top is shorter than the line on the bottom.

However, if you get a ruler, you will see that the lines are of identical length.

It SEEMS one way, but the truth is entirely different.

Here’s a wake up call: there are tons of illusions (also known as cognitive biases) out there that are impacting your life, leading you astray, and often filling your life with unnecessary stress,worry and regrets.

Your mission, should you choose to accept it: identify them and intentionally counteract them. 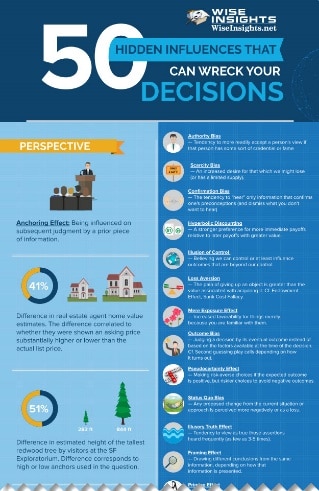 The Most Important Illusion?

One of the people who did much to bring certain illusions to light was Daniel Kahneman. The brilliant Nobel prize winning behavioral psychologist identified numerous illusions such as predictive bias, the priming effect, hindsight bias, and as discussed in my free ebook, the exposure effect, confirmation bias, loss aversion.

Note: you can read about these and more in Kahneman’s fascinating book, Thinking Fast and Slow. You can also download my infographic containing 50 of the most common perception illusions.

When Kahneman was asked what is the one concept that, if appreciated properly, would most improve a person’s understanding (perception) of the world?

Wow, how important could this concept be? Improve your understanding of the world?

“Nothing In Life Is As Important As You Think It Is, While You Are Thinking About It“

This is a reference to the focusing illusion, which magnifies the importance of something just because of your heightened attention on it.

If you are a parent, you’ve seen this up close. Put little Tommy and Johnny in a room full of toys and at first they are enjoying the toys without conflict. 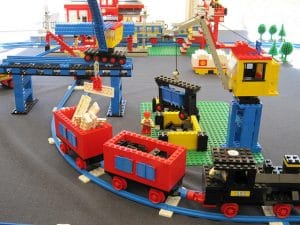 But, then Tommy stops playing with one toy and starts playing with another toy. Johnny decides to play with the discarded toy from Tommy.

Suddenly, world war III breaks out. Tommy now decides that the formerly discarded toy is THE most important toy and wants it back. He grabs it out of the hand of Johnny.

You step in and take it from Tommy and give it back to Johnny. What happens? Tommy has a meltdown because in his eyes this toy is the only toy he wants.

Because this toy is Tommy’s focus, it becomes disproportionately important.

But, the next day, the little Tommy doesn’t give the toy a second thought. His attention is elsewhere.

As Kahneman says: “Nothing in life is as important as you think it is, while you are thinking about it.”

Or, another way to say it: The incident about which you are thinking and focusing on becomes MORE important to you than it really is (in the grand scheme of things).

Research On The Focusing Illusion 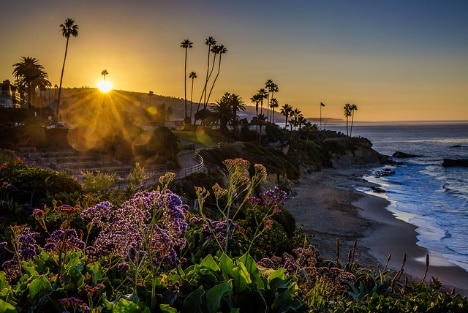 In one research study, people were asked if they would be happier if they lived in California. Because the climate is often more temperate and pleasant there, most subjects thought so. For the same reason, even Californians assume they’re happier than people who live elsewhere.

Yet, when the researchers actually measured the study participant’s well-being, residents from Michigan and other less weather friendly places were just as content as people living in California.

What? Well, think about it. 99 percent of the stuff of life – relationships, work, home, recreation – is the same no matter where you are. Once you settle in a place, you don’t think about the area’s climate very much. If you’re prompted to evaluate it, however, the weather immediately looms large, simply because you’re paying attention to it.

“Nothing In Life Is As Important As You Think It Is, While You Are Thinking About It”

Clear Evidence of the Focusing Illusion

In 2000, a pipe bomb exploded in a train station in Germany. Extreme right-wing groups were suspected (although ultimately no definitive proof was found).

The event heightened the focus on “right-wing extremism” in Germany and numerous news stories reported on this issue. During that time, polls in the nation showed that the percentage of Germans who rated right-wing extremism as THE most important issue facing the country went from near zero (prior to the bombing) to 35%.

Over the following months, the news stories died down, and so did the concern over this issue. The polls returned this issue back to near zero.

There are many other examples of the focusing illusion that could be sited… but you get the point:

That which you are thinking about and focusing on becomes heightened in its importance.

How the Focusing Illusion Can Make You Miserable

Here is the biggest problem with the focusing illusion: it often works against us by combining forces with the human tendency to focus more easily and quickly on negative events, thoughts and emotions.

As a result, we give a disproportionate weight of importance to those things that are negative/wrong in our lives, or might occur (fears) but are often out of our control or statistically unlikely to happen.

This is a recipe for a miserable life.

For example, you receive 10 praises and 1 constructive criticism on a performance evaluation. What do you zero in on? Yep, the one negative.

The focusing illusion then magnifies its importance. It becomes THE most important comment, far outweighing the numerous positive comments we also received.

So, how can you counteract the effects of the focusing illusion… and actually make it a force for good in your life?

There are several ways to both reduce the negative effects of the focusing illusion AND leverage it to your advantage.

First, what can you do to lessen its impact on your thoughts, perceptions and decisions?

Give yourself distance from your perceptions

It is always a good idea to put some distance between yourself and the thought or event that has grabbed your attention. There are two good ways to do this.

I have found it helpful to intentionally put off a decision for a period of time to nullify the effects of certain emotional dimensions that are unduly influencing a decision.

The same is true for responding to an event. For example, instead of firing back a rebuttal email or saying something that you will later regret, get some time and distance from the heat of the moment. Things will look very different when given some time.

Here’s how I do it: Set a specific time to revisit the item (e.g. Friday at 4pm) and then every time your mind drifts back there and wants to focus on it, intentionally tell yourself you will revisit it… at that specific time.

You will be surprised how your mind will release an item because it knows you will be giving it definite focus at a date in the future. When you return to the earlier items, they usually assume more normal proportions.

How can you harness the power of the focusing illusion to your advantage?

Using the Focusing Illusion to Your Advantage

Because of our natural inclination to focus on the negative, which then magnifies its significance, I think it is wise to intentionally focus on those positive aspects that will ultimately help you move forward faster and further rather than drag you down into acting like a victim.

This approach is not only recommended by modern psychological research, it is affirmed by time-tested wisdom like Philippians 4:8 (“Whatever is praiseworthy and commendable, let your mind dwell on these things.”).

For example, this classic quote demonstrates how focusing on the positive dimension of a situation can reorient your perspective and help you avoid getting mired in a negative cycle:

“Don’t cry because it’s over, smile because it happened.”

As you focus on the positive dimension of a situation, it grows larger and more important… increasing your sense of hope and joy.

Remember: your perceptions of “reality” are being distorted in many ways by various mental illusions (cognitive bias). You are NOT objectively seeing “the facts.” 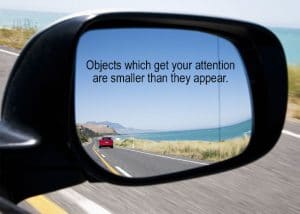 Just like the Müller-Lyer illusion at the beginning of this article, you must manually adjust and override what SEEMS to be true.

Just as your side mirrors remind you to manually adjust to what you are seeing (“Objects in mirror are closer than they appear”), you must constantly tell yourself “Objects which get your attention are actually smaller [less important] than they appear.”

Do You Want To Learn About 50 Other Illusions That Impact Your View Of Reality? 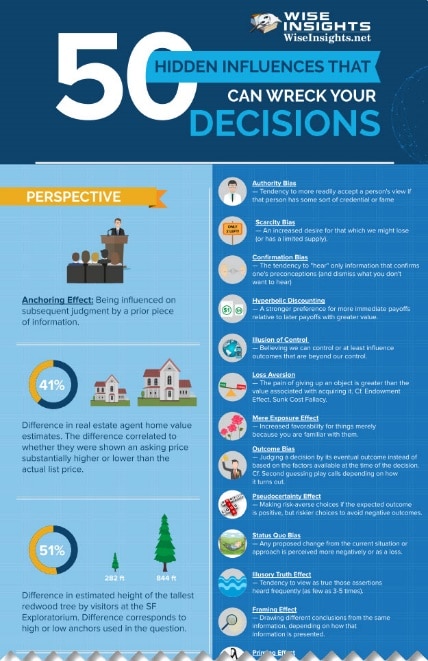 6 thoughts on “The Focusing Illusion: How It Distorts Your Daily Life”